The New Zealand region is a hot spot for seabirds and hosts six of the world’s eighteen penguin species; of these, four are endemic species that occur only in New Zealand. Despite this regional species richness and New Zealand’s reputation for international leadership in conservation, very little is actually known about our penguins; compared to most other non-NZ penguin species, most New Zealand penguin species are poorly researched (Figure 1). 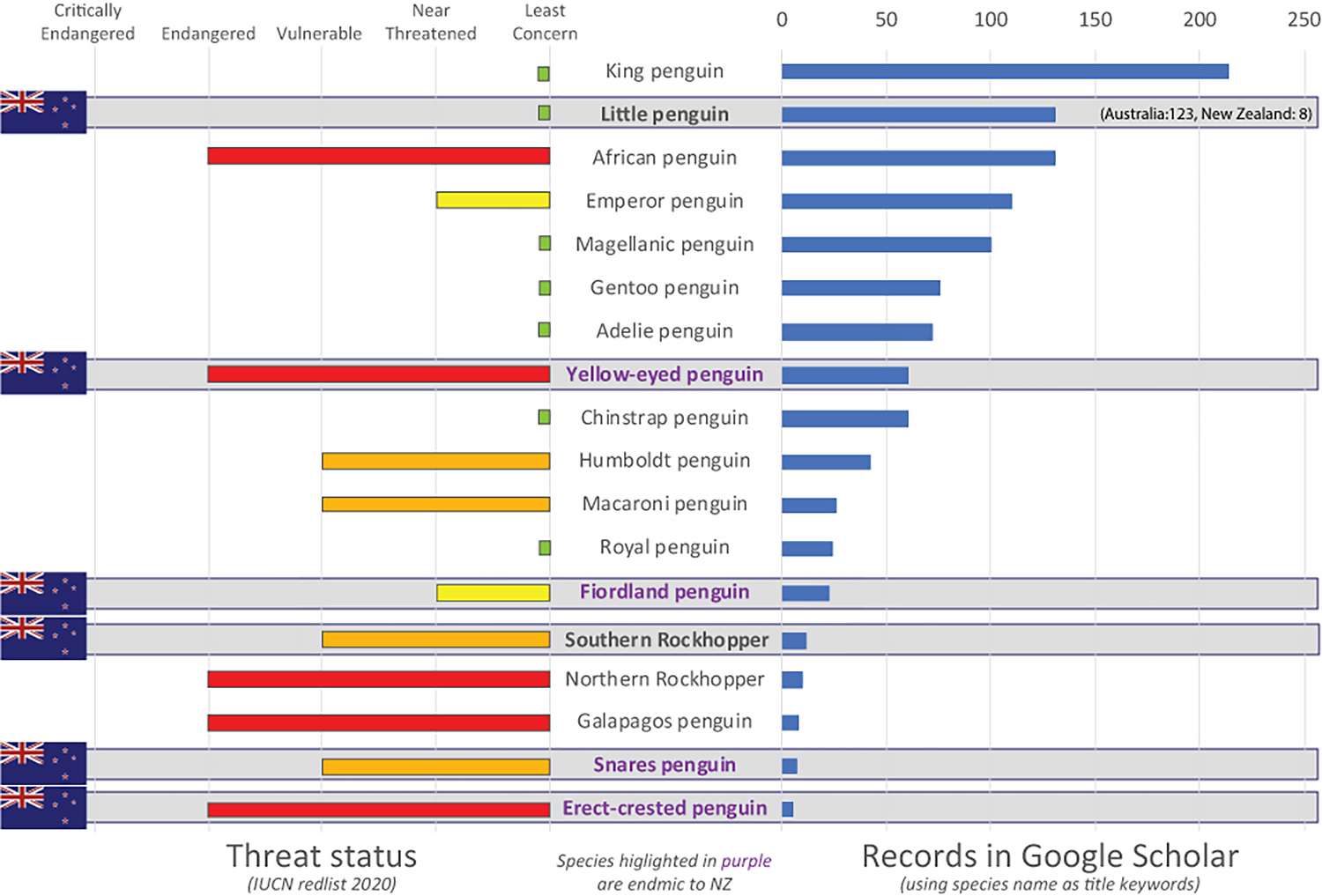 Figure 1. Threat status and state of knowledge of the world’s penguin species. New Zealand species rank highly (five out of six endangered or threatened) but are among the least researched. Note that the majority of research on Little penguins was conducted in Australia and it has recently been suggested that the Australian penguins are a different species to most little penguin populations in New Zealand. Similarly, almost all of the research conducted on yellow-eyed penguins occurred on the New Zealand mainland; there is very little knowledge about yellow-eyed penguin populations on the sub-Antarctic islands, which are generally considered the stronghold of the species.

Five of our six penguin species are in decline. There is very little published literature for most New Zealand penguins, which means that the reasons for those population declines remain unknown. Consequently, current conservation actions principally revolve around occasional population counts and ad hoc research or conservation actions that may or may not address the real threats. With ever increasing pressure from anthropogenic factors, be it climate change, pollution, or fisheries interactions our penguins are in trouble. In order to prevent or reverse their population declines and to put in place evidence-based management, we first need to identify the actual rather than the perceived threats. For this research is essential.

In this report, we collate the information available on all six New Zealand penguin species. This includes published accounts (scientific papers, reports), grey literature (unpublished reports and data sets), and personal observations made by researchers that have worked with New Zealand penguins.

Based on our findings, we compile a list of research priorities that should aid closing many of the knowledge gaps that prevent effective evidence-based conservation management. In New Zealand, conservation management is too often of reactive rather than proactive. Hence, penguin populations often only become the focus of management when declines are well advanced.

Here, we follow the goals of the International Union for the Conservation of Nature which strives “to conserve the integrity and diversity of nature” (IUCN mission statement). In our opinion, this can only be achieved through a holistic approach where management actions are based on evidence-based strategies which necessitates at least a basic understanding of the species biology.

Penguins are considered ideal sentinels for the marine environment in that their population dynamics generally reflect the state of the ocean habitat they inhabit. However, this sentinel function can only be utilized if we have at least a basic understanding of their biology and population trends. With one third of the world’s penguin populations living and breeding in New Zealand, utilizing this sentinel potential can be of international relevance in that it can highlight the effects of climate change on an important sector of the Southern Hemisphere.

Research priorities identified here in are categorised into high, medium and low as indicated by prefixes H, M, and L, and are ordered by their level of priority.

Please click/tap the images below to access the different species accounts or use the menu button at the top of this page.